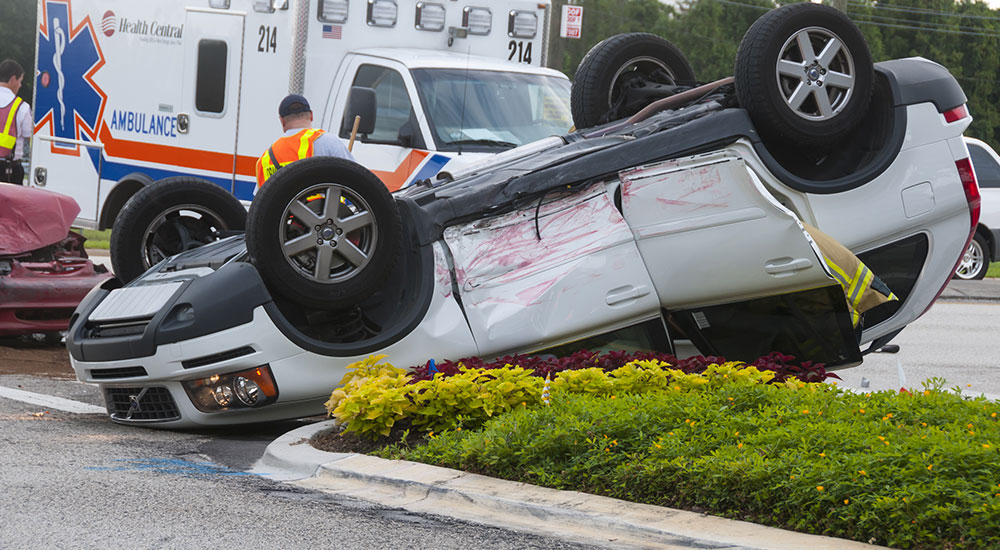 According to the California Highway Patrol, the one-vehicle accident occurred around 2:20 a.m. near Santa Anita Avenue and Freer Street. Adding to it, the officer said, the off-duty deputy was speeding in a 1965 Cobra 427 roadster and was unable to properly handle a curve in the road.

Also, CHP described the Cobra roadster going off the road and into the centre median, crashing into a street sign and a light pole.

Authorities said the crash resulted in the ejection of the Sheriff’s Department deputy from his vehicle, and he was declared dead at the site. The L.A. County coroner’s office eventually recognized him as 33-year-old Cameron Blaine Fish.

The passenger, a 28-year-old lady, had moderate head injuries and was taken to the hospital. After a fatal crash in Temple City on Sept. 16, 2021, a wrecked vehicle was being towed.

According to the CHP, it’s unclear whether Fish and his passenger were wearing seatbelts or if alcohol or drugs had a role in the incident. On the left side of the vehicle, the accident crushed it so terribly that it was practically unrecognizable.

The wrecked vehicle is partially stopped on a median near a tree and a light post, with debris strewn over the road, according to footage from the crash site.

Ervin Seniours, a witness at the incident, informed a photographer that he heard acceleration, a crash, and then the telephone pole falling. It was loud enough that they could hear it from another street while working on the car, Seniours said.

After seeing the incident and a hysterical woman attempting to resuscitate the man, Seniours said he dialled 911. The collision location will be closed for a while till the investigation is carried out, officials said.

Liable parties for a single-vehicle accident in California

Our experienced team of single-vehicle accident lawyers at Khashan Law Firm has extensive experience in such cases and can assist you in determining who is responsible for the accident and how to pursue your legal claims.

If you or your family member have been a victim of a Single vehicle accident contact us today at (951) 461-2387 for a free, confidential consultation.