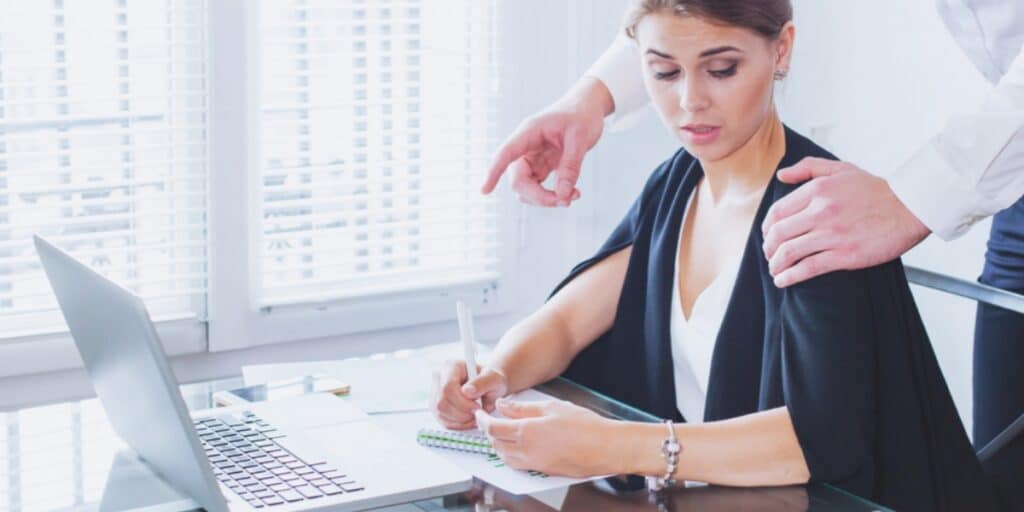 Workplace harassment is a pattern of discriminatory behavior that creates a hostile work environment on the basis of a protected class. It can include verbal abuse, power abuse, sexual favors in exchange for favors, and assaults such as unwanted groping. Harassment in the workplace has a negative impact on all employees, including lower performance, lower morale, and higher turnover.

Workplace Sexual harassment is not always motivated by sexual desire or motivation; it can also be used to assert control or abuse power. In addition, workplace sexual harassment laws are gender-neutral, meaning the harasser can be of any gender, and the victim does not have to be of the opposite gender.

Contents show
1 What Is Sexual Harassment?
1.1 Effects Of Sexual Harassment
1.2 Emotional And Physical Issues
1.3 Professional And Financial Problems
1.4 Decreased Company Productivity
1.5 Lawsuits And Reputation
1.6 Anti-Harassment Policy And Training
1.7 Get The Help of A Workplace Sexual Harassment Lawyer
1.8 About The Author
1.8.1 Lewis Khashan

What Is Sexual Harassment?

Harassment is a type of workplace discrimination that violates a number of federal and state laws. Sexual harassment is defined as persistent, unwanted sexual advances, verbal abuse, and/or sexual favor demands.

The behavior becomes illegal when enduring harassment is a condition of continued employment and creates a hostile or intimidating environment. If an employer has more than a few employees, harassment is likely to be an issue. One in every three women faces workplace harassment, but 70% of women say they have never reported it.

Sexual harassment can have a negative impact on everyone because it creates an environment that makes it difficult for employees to succeed. Sexual harassment in the workplace may have the following effects:

Victims of sexual harassment often suffer emotional and psychological harm, such as stress, depression, and anxiety. They usually have low self-esteem and confidence. Physical health issues such as sleep and appetite loss, weight fluctuations, nausea, and headaches may occur.

Sexual harassment can also have a negative impact on a victim’s job performance and career path. Some people may withdraw from the workplace and disengage from coworkers due to fear and lack of confidence. As a result, they are more likely to be late, absent, distracted, and neglect their responsibilities.

If victims of sexual harassment report the harassment, they may face setbacks in their careers, including being passed over for promotions, being excluded from key meetings, retaliation, and being labeled troublemakers. Financial issues such as wage loss and unpaid leave are also possible.

Sexual harassment can also be detrimental to an organization. When discrimination and harassment are present in the workplace, everyone suffers. Employee absenteeism, low morale, gossip, animosity, stress, and anxiety are all caused by harassment.

Low productivity is more common in environments where sexual harassment is prevalent. Victims and witnesses of sexual harassment are more likely to leave their jobs, resulting in high employee turnover and increased hiring and training costs. A toxic environment will also make it more difficult to attract top talent.

Employers must implement anti-harassment programs that foster a welcoming culture in which everyone feels valued as team members while also attracting talented job applicants. A company’s harassment policy should include the following elements:

Employers must hold themselves and their employees to high standards. Everyone deserves a workplace that is free of harmful harassment, and all employees should be expected to act like professional adults on the job.

Unfortunately, not only can workplace harassment result in costly lawsuits, but it also enables a toxic culture that undermines team cohesion and reduces productivity.

Get The Help of A Workplace Sexual Harassment Lawyer

The impact on employee morale can be severe as well. Even if they are not directly involved, both men and women in the workplace can have their work disrupted by sexual harassment. Sexual harassment can be demoralizing for everyone in its path, and it often hurts overall company productivity.

Many employees are victims of workplace sexual harassment, but they do not take action because they are afraid of losing their job, receiving low ratings and reviews for their work, or being demoted. Victims may be filled with rage, disgust, and loss of self-esteem, but they are powerless because the owner or manager of the company is often the person responsible for the sexual harassment.

If you or a member of your family has been the victim of workplace sexual harassment, our team of experienced lawyers at Khashan Law Firm can help. Contact us at (951) 461-2387 for a free, confidential consultation to learn more about your rights and the types of claims you can file.

We have successfully defended a number of sexual harassment class actions and individual lawsuits. By accepting your case, we promise to pursue the best possible compensation and justice for you strongly. 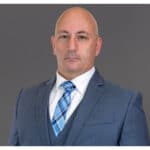