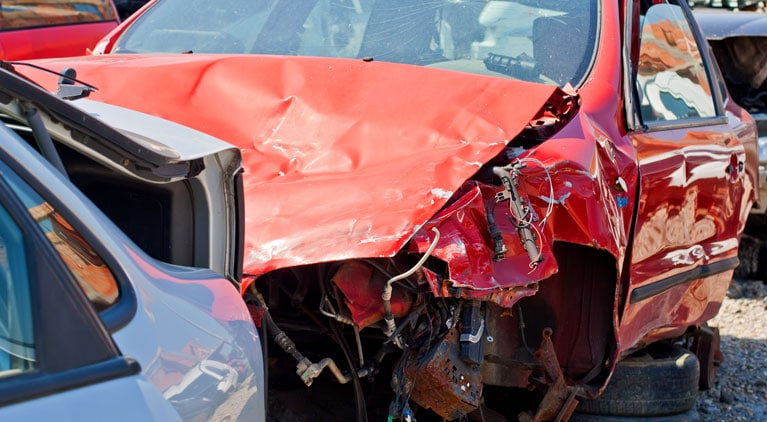 Authorities have identified a man who was killed after he was impaled by a fence post during a car crash near a Fresno highway.

Officers from the California Highway Patrol were called out to the area of Kings Canyon and Temperance avenues, near Highway 180, at 8:40 p.m. Tuesday to investigate a single-car accident.

Officers found the driver, later identified as Tou Vue, 29, of Fresno, dead in his car when they arrived.

Officers learned while investigating that Vue had been speeding down Kings Canyon Avenue and was unaware that the highway ended at a dead-end road.

According to officers, Vue’s car slammed into a fence at the end of the road, impaling him with a metal post through the driver’s seat.

Vue’s car became airborne after crashing into the fence and rolled onto the embankment after hitting a sign before coming to rest on its wheels.

The crash is still being investigated, but officials say alcohol or drugs do not appear to have played a role.

Statute of Limitations for Single Vehicle Accident in California

The https://khashanlaw.com/practice-areas/single-vehicle-accident/ is extremely important to pay attention to for anyone injured in a car accident. The majority of single-vehicle accidents in California have a two-year statute of limitations. To put it in other words, an injured person has two years from the date of injury to file a lawsuit.

While two years may seem like a lengthy period, determining whether or not an insurance company would pay a reasonable settlement and whether or not a lawsuit is needed can take months.

In some cases, the statute of limitations is much shorter—a claim might be time-barred in as little as six months from the date of the accident.

Even if the passenger was at fault, the passenger might be entitled to file a third-party claim with the negligent driver’s insurance company and then bring a lawsuit against the driver to recover damages.

If another party is responsible for the accident, the injured passenger, like the injured driver, may file a claim with the help of a lawyer against that party.

There are several instances where a single car can be involved in an accident either due to the driver’s error or due to bad road conditions or working on the roads.

The reason for single-vehicle accidents can only be determined on a case-to-case basis.

Khashan Law has a lot of experience with single-vehicle accidents. Our qualified team can assist you in determining who is responsible for the accident and how to get your rightful claims.

If you or your family member have been a victim of a single-vehicle accident, contact us today at (951) 461-2387 for a free and confidential consultation.