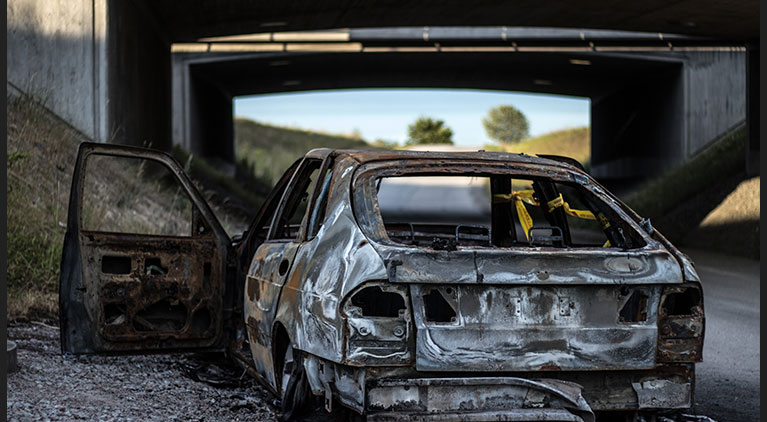 One person died and four others got injured in a head-on collision on Highway 99 in the early hours of Sunday morning. 2 Galt officers were seriously injured in the fatal crash.

The crash occurred at around 4.35 a.m. just north of Dillard road on northbound Highway 99. The Highway Patrol (CHP) was notified that one of the cars in the head-on collision belonged to the City of Galt Police Department.

The preliminary investigation shows that a Dodge Ram pickup was driving south when it hit the median and broke through a concrete barrier, turning into a northbound lane. It crashed into a Galt Police Department patrol vehicle with two officers inside.

As per the witnesses, the patrol car was traveling around70 mph but the speed of the pickup truck is still unknown. On reaching the scene, the Cosumnes Fire Department personnel declared the driver of the truck dead. Two other passengers of the truck, both 26-year-old men, were transported to the local hospitals for their injuries.

The Galt Police Department stated that the two officers were driving down to El Dorado County to assist in the Caldor Fire when they got involved in the collision with the truck.

The reason behind the crash is unknown, whether drugs or alcohol was a factor is being investigated. South Sacramento CHP Area and the Valley Division Multidisciplinary Accident Investigation Team are investigating the crash.

The identity of the Dodge Ram driver who was killed in the accident will be released by the Sacramento County Coroner’s Office once the next of kin is notified.

If a driver causes a car accident while driving being intoxicated or texting/ talking on a cell phone or over speeding, the victim of the accident is entitled to pursue financial compensation for the losses and damages suffered by filing a claim against the other driver or the driver’s liability insurance policy.

Who is liable in a California fatal crash

Hiring an experienced accident attorney, can help in ascertaining all the details of the case and file for compensation against the liable parties.

Our team of experienced lawyers at Khashan Law can help you build a strong case by gathering the required evidence to prove the fault in the case, prepare the claim and represent you against the insurance company.

If the insurance company refuses to pay the amount that you deserve, we can represent you and help you pursue the case in the court of law and work towards winning a jury verdict in your favour.

Over the years, we at Khashan law have witnessed how the insurance companies make it difficult for the accident victims to recover fair compensation for the damages or losses suffered.

Victims are forced to accept low settlements or give up on pursuing their cases because the insurance companies are not ready to accept their claims and pay them their dues.

We ensure that our clients obtain full compensation for their present and future damages. Call us at (951) 461-2387 for a free, confidential consultation.