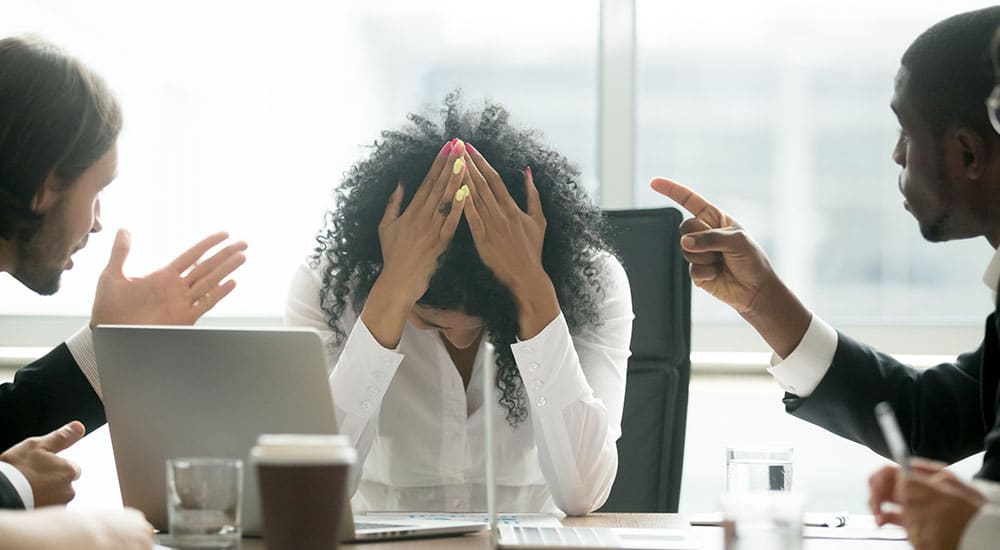 Feminism is sometimes considered a dirty word by society that projects images of angry women seeking to dominate any field. In reality, feminism is about wanting equal rights and pay for the same jobs that men do, especially when both men and women have the same qualifications. Gender inequality is currently a prevalent issue in the workplace due to ever-changing federal and corporate policies.

The gender pay gap is a popular topic these days. However, it will not be easy or quick to fix. In addition, women often have to work harder to achieve equity, primarily if they work in a male-dominated industry. These issues, when combined, can create a toxic work environment that propagates gender inequality.

Employees should not face discrimination because they are male or female or undergo gender reassignment.

Women earn 49 cents for every dollar earned by men, as per the Institute for Women’s Policy Research. Gender pay disparities are less prevalent in public-sector occupations such as teaching. Gender inequalities, on the other hand, become a more noticeable issue in the workplace.

The #MeToo movement has brought to the forefront the startling reality of how often women are sexually harassed. Women are taught to stay quiet or accept abuse to advance in their careers. Alternatively, they may be told that it is simply “part of the job.”

Women who take the time to confront their accusers are often mistreated by their coworkers and labeled as “tattle tales.” Many men have stated that they do not want to speak with women because they are scared of being accused of inappropriate behavior.

This, in turn, has a negative impact on the number of women hired and promoted. Moreover, while overt gender discrimination is against federal law, it would not be difficult for a hiring manager to refuse to hire a woman while clinging to some made-up reason why they were not ideal for the job.

According to some recent studies, men are promoted more often than women in corporate and public jobs. This is frequently due to women taking extended leaves to raise children. Perhaps the disproportionate input of male executives and managers rarely promotes women.

Compared to their male counterparts, women are encouraged less than 21% of the time. Moreover, because of cultural prejudices against “bossy women,” women have difficulty promoting themselves and publicly asserting their worth.

It is also worth noting that women make excellent leaders, negotiators, and product sellers because they view them as collective team efforts rather than personal triumphs. Women, on the other hand, are often relegated to support roles. Women who are perceived as “aggressive and bossy” are often cast out or made to feel unworthy, whereas men who show the same traits are often promoted.

Many men and women are concerned about raising a family. However, unlike many other developed countries, the United States does not legally guarantee any paid maternity leave to women. Employers may usually choose to provide six weeks of paid maternity leave.

Men, on the other hand, are rarely granted paternity leave. While both partners of any gender can work, one partner may prefer to stay at home and save money on childcare costs.

If women put in more hours at home for caregiving, they will eventually lose out on putting in more hours at work. Work-life balance has been a problem for both men and women. It also frequently strains partners’ relationships at home and work.

The stereotype that women should stay at home with their children is deeply entrenched in society, and it can be made even more complicated if the mother is also breastfeeding. Breastfeeding breaks are still not wholly accepted in the workplace, even though some are legally protected.

With their highly structured work hours and lack of sick leave, many workplaces make it difficult for women to raise families. One could argue that having children is a choice and risk women take. However, that argument is based mainly on a double standard, as men have children and still enjoy many benefits.

It would be impossible to discuss gender inequality without mentioning racism. It impacts what jobs women of color can get and how much they are paid, as well as how the legal and healthcare systems perceive them. For a long time, gender inequality and racism have been closely linked.

Why is gender equality in the workplace important? It promotes a fair work environment while also ensuring that overall business productivity is as high as possible.

Gender beliefs run deep, and while progress can be made through laws and structural changes, there is often pushback after a significant change. When there is progress, such as better representation for women in leadership, it is also common for everyone (men and women) to ignore other areas of gender inequality. These attitudes perpetuate gender inequality and stall significant change.

Khashan Law Firm has been fighting for victims of workplace gender discrimination. Every individual is treated with respect by our experienced team of lawyers. We understand how important it is for the victim to expose the employer’s illegal activities while also protecting their loved ones and individual privacy.

For a free, confidential consultation, call (951) 461-2387. In cases of gender discrimination, we have successfully fought several class actions and individual lawsuits. By taking your case, we promise to seek the best possible compensation and justice for you strongly.