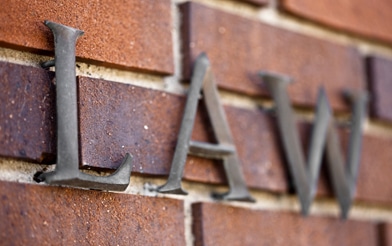 Three middle school girls were killed and one seriously injured in a hit and run accident crash in California on Saturday.

As per the reports a pickup truck plowed into the girls at 10.30 p.m. when the girls were out for a stroll. The driver of the Chevrolet Silverado allegedly got out of the vehicle with a flashlight after hitting the girls, saw them and drove away without calling 911 or helping the girls.

Lucerene Valley authorities are looking for the suspect. The victims have been identified as 11-year-old Willow Sanchez, 12-year-old Daytona Bronas, and 13-year-old Sandra Mizer.

14-year-old Natalie Cole is admitted to the hospital in a very critical condition. This california truck accident is been a great eye-opener to for the government to create strict rules for transportation.

As per the family members, Bronas and Cole were in the wheelchair and were being pushed by the other two girls when they were hit by the truck. Willow’s elder sister Orndoff said that the girls were spending the night at her house and had moved out for some time to take a stroll.

According to the witnesses, a man and woman who appeared to be intoxicated got out of the vehicle saw the girls and drove off into the desert.

Due to the desert terrain, it is difficult for people in wheelchairs to navigate in the sand. Hence the four girls were walking along the asphalt road when they were hit from behind. The area was desolated and had no sidewalks and hardly had any shoulders.

Giving an update on Cole’s health, Cole’s mother said “Her leg was amputated in the accident, all her other limbs are shattered and her liver is bleeding, her kidneys are struggling.” The police are investigating the hit and run case and have asked for witnesses if they have any leads on the suspects.

Being injured in a car accident can be traumatic and dangerous however if the other driver does not bother to stop and provide help the situation becomes more difficult.

In California, if a driver hits or crashes into an unattended parked car he/she must leave behind their contact details for the driver of the damaged vehicle. If you have damaged someone’s property, it is illegal to drive away without leaving behind details as it is considered to be a misdemeanor.

The driver can be charged with a maximum sentence of up to six months in jail and a fine of up to $1,000 Additionally, the driver may be awarded 3 years of probation, has to compensate for the car accident damaged property.

Conviction of a hit and run felony is punishable with a fine of up to $10,000 and up to 3 years in state prison. In case of death or severe injury, it can be up to 4 years in prison as per California lawsuit for hit and run .

If you or your family member has been injured or killed in a hit and run accident, get in touch with an experienced hit and run accident attorney immediately. The sooner you involve a lawyer the better are the chances of receiving the compensation you are entitled to. Contact us at Khashan Law Firm at 951.461.2387 to set up a free and confidential consultation today.